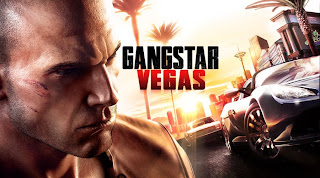 Hello. Well here it is. The one you have been waiting for. The review of the next instalment in the Gangstar series, Gangstar Vegas: City of Sin. 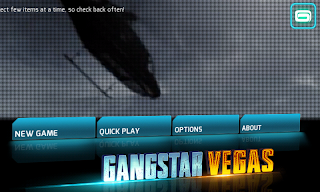 The game follows the adventures of mixed martial arts boxer Jason Malone. As is usual with the Gangstar games, this main character finds himself pulled into a life of crime and vigilante heroics as he tries to make a decent life for himself in the city of Vegas.

Okay so let's get right into it by discussing the controls. Well not much has changed in terms of the layout of the controls. I will say this though, they do seem to have become more intuitive, maybe this is just due to becoming accustomed to the layout, or maybe it's due to the hard work from the guys at Gameloft, we shall never know but it is indeed an appreciated advancement. 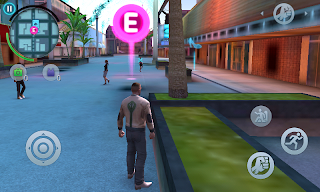 Graphics have unfortunately not improved a whole lot from the last instalment of the game. This is rather disappointing for me as I looked forward to seeing a step up in this department. Perhaps I was slightly misled by the promo poster of the game. Overall graphics are still good though, nothing to complain about really.

Sound is pretty good and the voice acting will erase all the terrible memories we have from the once awful attempts of voice acting in Gangstar Miami. I find the script to be pretty well written too in comparison to the older games.

The hole left by a lack of improved graphics was instantly filled by the huge game map for me. I set out on a little adventure around the perimeter of the map, in the desert area, and found myself just driving for a good 15 minutes. Luckily the drive wasn't a boring one as there are lots of cool things to explore in this map which will have you immersed in hours of gaming fun. 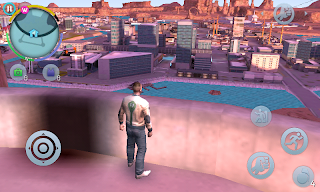 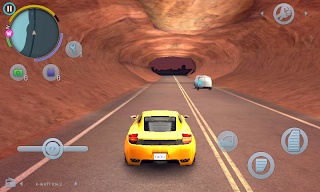 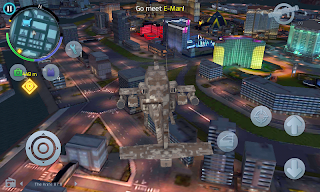 With many areas to explore around the map we also see a great progression in the complexities of the story mode. I almost felt like I was playing a full pc game when I was confronted with a mission that happened to be an introductory mission to one of the mini games. The mini games are pretty neat, reminding me of my days spent playing GTA 4 and Saints Row on my pc. There are racing mini games, mayhem mini games and more. The world of  Gangstar Vegas provides you with endless possibilities and guaranteed hours of gaming. 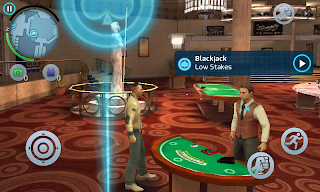 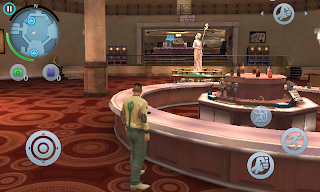 Over all I think this game is pretty spectacular. I would recommend it to everyone, especially now as it is on special in the Samsung apps store (*true at time of publishing). Unfortunately it's not free but you can get the game at a fraction of the price. So go on, get to downloading

//So far missions are pretty straight forward, hit me up in the comments section below if you neted me to do a walkthrough or anything like that//