Hey gang. It’s been a minute right? I’m finally back from my hiatus and I’m really excited to have come back when I can review the next installment of my favorite game series: Gangstar New Orleans. 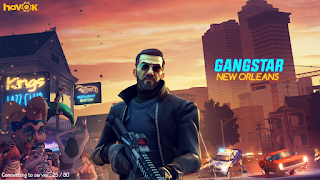 So let’s get right to it. The latest installment of the Gangstar series comes with a whole bunch of new elements, some more welcome than others but before I tuck into those, check out the video below for the trailer:

The game opens on a stunning Mannequin Challenge-esque cinematic journey through New Orleans. I got really excited for this part because it gave me such high hopes about the visuals that I would be experiencing in game. Thumbs up on that one Gameloft. 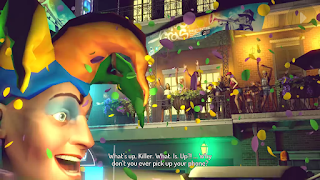 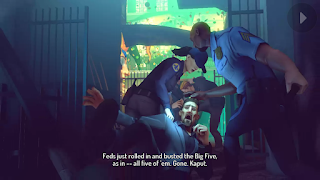 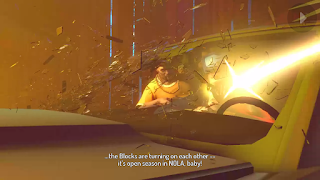 New additions that have been added relate to the new “Free-to-Play” system (insert inverted commas because clearly this is just a pay to play system). I am sure you will have noticed that you could download the game without paying anything for it. Great right? Nope. Unless this happens with clear indication of some sort of promotion being run, this is always a sign that there will be a catch. Or as the industry calls it: A way for you to pay the developers back for all their hard and valued work. Introducing Free-to-Play. 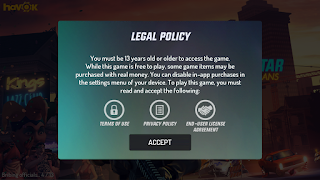 I am not at all a fan of this system as I always feel like it completely breaks down the rhythm of a good game. I also hate it because it introduces ridiculous items into the game that turn the whole story into something of a joke at the end of the day. But I digress, back to the review.

As has become custom in most of these games, we kick off with a mini in-game tutorial to help you become familiar with the controls. You are thrown right into the action, when you are challenged to make your get away through the thug riddled streets of NOLA. 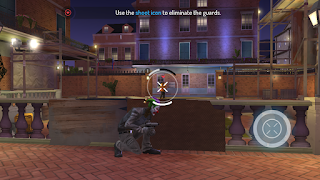 I noted that the controls seem a bit harder to use than before. Maybe it’s because I am playing on a different phone, but you'd think the bigger screen would help when it comes to allowing my fingers to hit the touch points easier. This unfortunately is not the case. 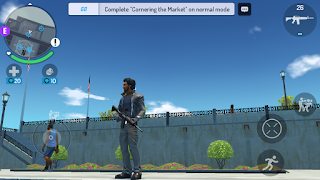 After the controls tutorial, you are then given the option to choose your appearance. You are given 6 degrees of ethnicity, which is really cool but personally I would have loved it even more had they included the option to choose a female version of our lead. But kudos on the strides you’ve taken towards diversity Gameloft. 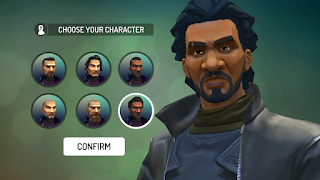 There is an addition of a whole bunch of new screens to the game. All the better to socialize with of course. There is a highlights window and an inbox window where you can go to get all the updates from Team Gameloft about changes or offers in game. There is also a Chat and Homies window where you get a chance to interact with other Gangstars. I tried the chat once, but as chat spaces go, too much noise for my liking. 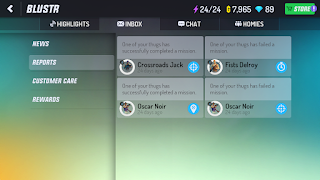 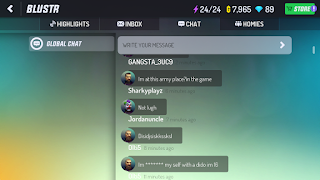 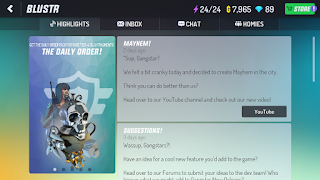 Other new screens include the in-game shopping windows. There are all sorts of things for sale, some of them can be bought with real cash money and some stuff is sold for in game currency. 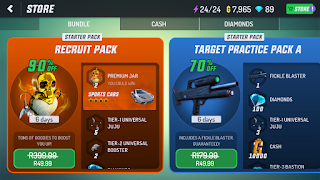 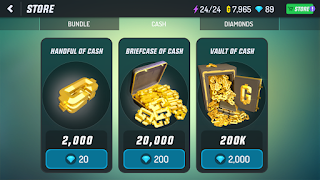 I have only used the in game currency that I have earned from jobs so far. Nothing has really caught my eye to the point that it would encourage me to take out real money and I am highly doubtful that it ever will. 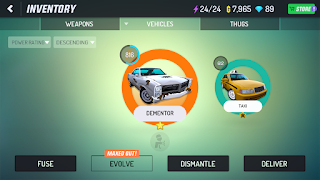 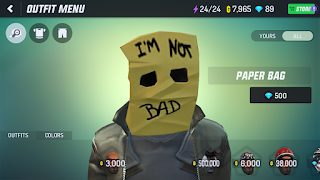 So back to my usual review elements, graphics where pretty cool. Seems as if the team was leaning more towards having a polished cartoon look as apposed to a more realistic 3D human look. In  terms of sound, audio is pretty good. There is less to offer when it comes to music but I think it was always going to be hard to live up to the standard set by Gangstar: Vegas. Lastly, the map is still pretty much open world but all the other elements seem to have diminished the value of having an open world at all. But maybe that’s just me.

Overall, not a terribly horrific game. It’s probably pretty awesome if you have no problems with Free to Play games.
TouchToTouch.end