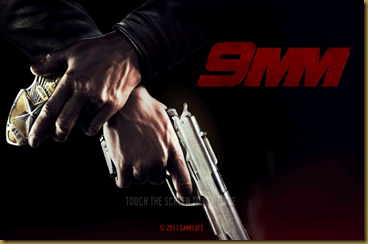 Finally time for me to share my review of one of the Gameloft family games, 9mm. You can still find the game for free on Samsung Apps (**true at time of publishing).

The game follows the story of hot shot detective John “Loose” Kannon. You play as John through a series of events that are linked to exterminating a drug operation. You learn very quickly that John and his team are badass and nothing is off limits for them.

So let’s get right into the controls. Well they aren’t completely terrible, in fact I found them to be relatively smooth and easy to adjust to compared to some of the previous games I’ve reviewed. But then again that could just be because I’ve gotten used to the gaming interface that is presented by Gameloft. Something pretty cool that you get to do in this game is slow-mo movement. I was a bit sceptical when I first started the game and had to use this action but it actually became quite handy as I progressed through the game. Another great thing that happens with the controls is that your movement paddle/stick doesn’t stay static in the corner. If you happen to place your fingers just a few centimetres away from where the control should be, you will not find yourself embarrassed by your lack of movement, no, the control will actually follow your fingers to the new location. I loved this, especially since I get distracted a lot and often find that my hands are no longer where they should be on the screen. Oh and I still battle with the gyroscope control, I guess it’s just not for me, best to keep it off. 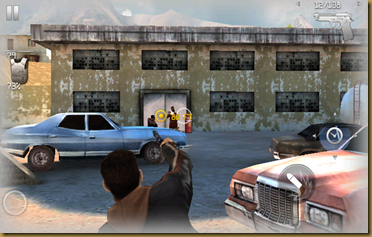 Sadly the cool movement stuff is probably going to take all the glory in this game due to the lacking quality in graphics. Had the team who made the game paid as much attention to all the characters in the game as they did on Mr Loose Kannon, I would have only had praise for them. Unfortunately the only character that looked good in the whole game was Mr Kannon, all the others looked badly put together, almost scary. The background scene settings also could have been better. They reminded me of the Gangstar Miami backgrounds, which is not very good for a game that is released in the era of games with outstanding graphics.

Sound and music selection was surprisingly on point. Even the voice acting wasn’t too terrible, I won’t say too much about the scripting though. The song I enjoyed the most was actually the one you get at the opening menu. Gameloft seems to be starting a trend here of having great backing tracks for these menus, good thing that it’s also translating into the game.

The last thing I can talk about is the coin system. Not too bad. I hate it when you play a game and you end up being FORCED to purchase in game credits. With 9mm, the gameplay is such that the more you kill, the faster those coins add up. Luckily you only ever need to use them while killing many hostiles so you can purchase your armour and things right there and then and still be sure that you will have more coins in a short while. 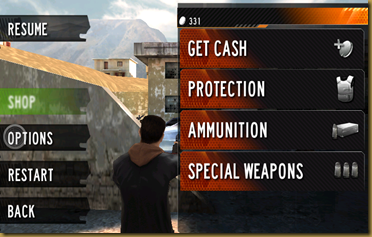 Overall great game, great story line, great plot twists and brilliant controls. Heck I actually finished this one so definitely worth the download. It’s free, for now, so hurry up and get it. 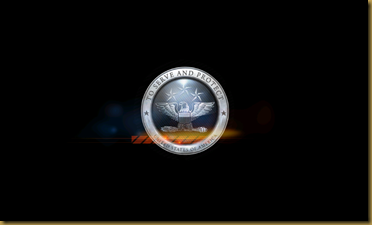 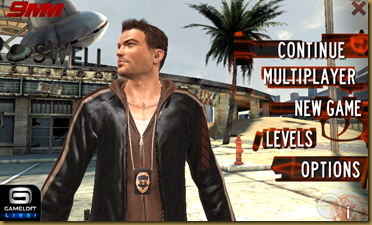